Despite a mountain of unfinished drafts, I am compelled to start another book.  While drafting an essay something clicked, a connection was made in my brain, and I want to share those thoughts in a way that will create similar connections for the reader. Maybe this will be the one I actually complete. Excitement drives the ceremonious opening of a new Word doc. After typing a couple hundred words it occurred to me that some of what I had just written would work well for another book I’ve thought about writing. No harm in jotting them down for another day so I opened another new document. The next thing I know I’m toggling between the two. What is happening? Am I actually attempting to write two new books at the same time? They’re just beginning to take shape in my head – similar with a lot of correlations, but different, and unlike anything I’ve ever attempted to write.

My keyboard could very well be buried in a mud pit for the time it’s taking to form anything of substance. My daily writing time brings forth only a handful of words before I give up and move on to something else. This doesn’t look or feel like any progress is being made. Doubt is attempting to throttle the excitement. What am I doing wrong? Maybe I need to map them both out ahead of time. That could help with the writing. I reached out to my friend and mentor for advice on how to train this panster on the art of planning. What book(s) should I read? She sent me a very thoughtful and comprehensive list of books and articles on structure, way more than I’d hoped for, but none of it exactly what I thought I was looking for. 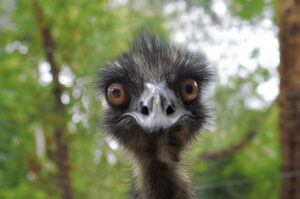 Leaning back in my chair, I scanned the titles of the craft books languishing on their shelves. Maybe I have what I’m looking for without realizing it. When my eyes landed on Anne Lamott’s name I remembered the advice her father had given to her brother. “Bird by bird, buddy. Just take it bird by bird.” Well, he at least had a list of birds to start with. I’m not sure I even have a fully formed sparrow.

My next thought was to Google ‘how to build a book when you don’t know where you’re going.’ Surely there must be other writers facing the same thing. As expected, Google had a lot to say. One of the many articles I skimmed had a list of things you need when writing a book. I don’t recall the entire list, but one thing jumped out – create a list of bullet points of what you want to cover, while keeping in mind that the outline is fluid, not written in stone. Well, duh. Of course, I knew that, and of course I didn’t remember it because I thought I was looking for other advice.

Like a magical tip that will open the creative floodgates. So, I kept looking.

And happened upon a quote by George R.R. Martin. He said, “I think there are two types of writers, the architects and the gardeners. The architects plan everything ahead of time, like an architect building a house. They know how many rooms are going to be in the house, what kind of roof they’re going to have, where the wires are going to run, what kind of plumbing there’s going to be. They have the whole thing designed and blueprinted out before they even nail the first board up. The gardeners dig a hole, drop in a seed and water it. They kind of know what seed it is, they know if planted a fantasy seed or mystery seed or whatever. But as the plant comes up and they water it, they don’t know how many branches it’s going to have, they find out as it grows.”

As a gardener that one really brought it home for me. I don’t HAVE to know where I’m going to finish these books. I just need to continue to grow them, even if it is only a few words a day. Now, if you’ll excuse me, I’m going to turn my incomplete blueprint into compost. I need to start growing my garden of bullet points – complete with a bird feeder.